This Sunday: Incorrect and Outsider Music 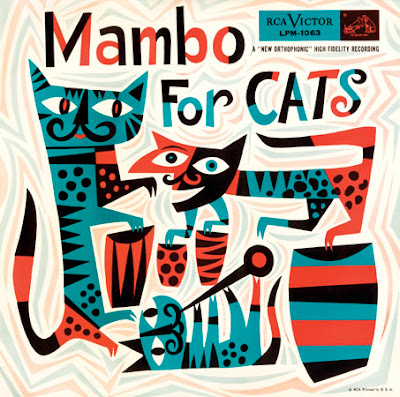 In a 1996 Pulse magazine article, Irwin Chusid coined the term "outsider music", which he defines as "crackpot and visionary music, where all trails lead essentially one place: over the edge." Chusid has drawn a distinction -- too often lost on deadline-beset journalists -- between the terms "incorrect music" and "outsider music," which he insists are not synonymous and overlap only slightly. Chusid has explained that Incorrect Music was a radio concept, which included all manner of musical "wrongness," often by people who should have known better, or whose sincerity was questionable. Outsider musicians, on the other hand, he defines as "artists who are often termed 'bad' or 'inept' by listeners who judge them by the standards of mainstream popular music. Yet despite dodgy rhythms and a lack of conventional tunefulness, these often self-taught artists radiate an abundance of earnestness and passion. Most importantly, they betray an absence of pretense. And they're worth listening to, often outmatching all contenders for inventiveness and originality."
This show is now available HERE.
Posted by The Sunday Morning Hangover at 9:55 PM 1 comment: 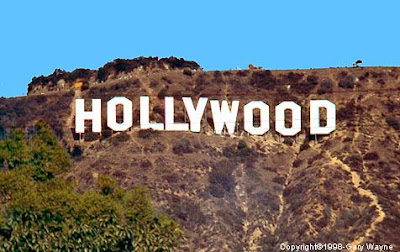 This show will probably bore most of you, but seeing as it's Oscar night and I have been listening to a lot of classic Hollywood soundtracks lately( especially The King and I) Sunday at 10 AM at kwvaradio.org the Sunday Morning Hangover will feature my favorite soundtracks, overtures and themes from classic Hollywood movies.
Posted by The Sunday Morning Hangover at 10:54 PM No comments:

Even tho on Sunday Mornings I can be way hungover, sleepy,comatose,dopey and sleazy I still vow to do a GREAT radio show at 10 AM Sunday morning on KWVA 88.1 Eugene www.kwvaradio.org that is all.
Posted by The Sunday Morning Hangover at 8:40 PM No comments:

What pisses me off is that everyone is more concerned with Britney shaving her head, American Idol, Survivor, Anna Nichol and other stupid shit like sports rather than the fact that our President King George Bush has broken every law in the book including murder AND NO ONE GIVES A SHIT!!!!
I was watching a documentary about Nixon and the Vietnam war tonite and what struck me was the fact that in the 60's and 70's people real cared and got pissed off about this stuff-nowadays all these young bubblegum chicks and pussified boy toys are either too stupid or too self absorbed and selfish to get off their fat asses and demand impeachment.
This asshole criminal presnit GW and his handler Dick have got to be run out of town or else we are all gonna be fucked.
Posted by The Sunday Morning Hangover at 8:31 PM No comments:

Coming Soon on the Hangover....

http://rhis.co.uk/jmas/index.html
Posted by The Sunday Morning Hangover at 1:32 AM No comments:

The Hangover will broadcast LIVE from the Eugene Record Convention at 10 AM this Sunday! Go there for records as low as $1 each!Meet famous radio personalities such as Marc Time, DJ Sleeve, Rocco, Dawn Baby, Amelia, Kranky Kowboy and many more!!!!!
Posted by The Sunday Morning Hangover at 10:50 PM No comments:

Another figure and celebrity from my Rather Ripped days is also gone, dying of cancer the same day as my fiend Rick. Gary Phillips was a great guitarist and played in Copperhead with John Cippolina, Earhquake, the Greg Kihn Band, Sudden Fun,and worked at Berserkeley Records with great legends such as the Rubinoos and Jonathan Richman.
He used to hang with us at Rather Ripped and we would bust his stones constantly. He was a fun guy who LOVED powerpop, Rock and Roll and shooting the shit, A special blog has been set up here:(http://garyphillips.blogspot.com/) in memory of another great rocker who died way too soon.
Posted by The Sunday Morning Hangover at 6:53 AM 1 comment:

I found out this week that my friend and ex partying co-worker from Rather Ripped Records in the late 70's Rick Johnson died last week after a long illness.
Rick was once my best friend's roommate, a bright happy guy who knew a lot aboumusicand like all of us in the 70's LOVED to party. We spent a lot of time together at Rather Ripped Records, the world's best record store located in Berkeley California north of campus until it's demise in the early 80's.
I will miss Rick who died in his early 50's-too young too soon...
More on the Rather Ripped story-My fiend Ray Farrell who conspired with me and others to foist punk rock upon the world in the 70's is now a big wig at E Music and wrote to us regarding the using of the words "Rather Ripped" by Sonic Youth as the title of their latest CD.:

"The store was gone before the band first performed in California which
was late 84 or early 85. That was when I met them as I booked their west
coast dates. When they were preparing the new album, Thurston of the band sent an
email saying- "thinking of calling the al bum Rather Ripped"... wasn't
that a record store you worked in?" I responded with a few anecdotes-
that it was the model for Amoeba Records; the legendary Patti Smith
poetry readings; and an in store where Roky Erickson told anyone that
would look him in the eye that he was "watchin' you die". Thurston forwarded that to the band. Thurston liked the way the title flowed and the multiple connotations it can have. In the context of the new album, it was the first time in many albums where the band just recorded an album without much preproduction. They made a more
spontaneous record and "rather ripped" was the best way to describe it.
Steve Shelley, SY's drummer was the only one that had reservations about
the title. I told him that when the store existed, "ripped" could mean a
number of things- elegantly stoned or ripped off. I told him that Joe Strummer had come to the store one afternoon with a mutual friend and wanted to s ee Commander Cody play in Cotati. On the way up, Joe asked " so Rather Ripped- does that mean that you see yourselves as being ripped off by The Man?" Steve says, that's exactly what I'm afraid of- rock critics using the title against us saying that were ripping off our fans. Don't know if you remember Byron Coley, music writer. He worked at Rhino (the store) in the RRR days. He used to visit RRR regularly He's one of Thurstons' best friends and they share a love of archiving music obscurities especially the 70's- small run pressings of artists vanity projects; experimental labels like 1750 Arch and the like. I saw the two of them at a poetry reading just after RR came out. Byron says to me - kinda weird how the album is called Rather Ripped, huh? Must make you feel like you're in a time tube having two completely periods of your life reflected together"
Also- one of my regular RRR customers John "Pinksocks" Silva, went on to manage Nirvana, Beck, Sonic Youth among others. He loved the idea of calling it "Rather Ripped". While I'm on the subject of RRR anecdotes--- A few years ago I did a promotion on eMusic with the Cure. When I met their manager he looked at me and said, Ray Farrell- you sold me my first Cure record- a UK 45 of "Boys Don't Cry" he said he was a power pop fanatic at the time and that I said it was a natural step. A couple of years ago, some old friends and I went to the Freight And Salvage to
see a Holy Modal Rounders reunion. There were a bunch of cooler older guys with long white hair attending the show. One came up to me and said, "You sold me my first Planxty record and now I have a radio show
on KPFA!" The last time I remember talking about the store with Thurston was on a
road trip we took with John Fahey in 96. Thurston booked a short northeast tour for two of them as solo perfo rmers. Fahey had a mercurial wit and a penchant for obscure detail. In the car one day we talked about the early -mid 70's folk scene. He knew a lot of Berkeley people back then- had plenty of anecdotes about the Freight And Salvage, Robbie Basho, Country Joe McDonald, etc. I told them that working in a used
record store in Berkeley in the 70's, we would get a lot of trade ins that would have the owners stoned poetry or attempts at songwriting scribbled on to the inner sleeve or on separate paper stuffed in the jacket. I collected most of them along with local punk flyers. I always referenced the album it came from because then it was clear how lets say "George Harrison's "All Things Must Pass' would inspire some mopey
stoned spinoff of one of the songs. Fahey said that I should make a book
out of it called Proverbial Eloquence of the Rather Ripped. And that Robbie Basho likely penned a few of them. Unfortunately, that stuff didn't survive my
various moves since those days."
Posted by The Sunday Morning Hangover at 6:26 AM 5 comments: 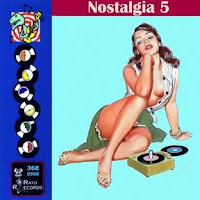 This blog has great music downloads like: lotsa Bossa Nova, Neil Diamond, Etta James and just great Rock and Roll. Go Here:http://ratorecordsblog.blogspot.com/
I talked about this blog on Sunday's Radio Program available HERE
Posted by The Sunday Morning Hangover at 8:11 PM No comments: 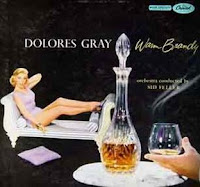 Lots and LOTS of Jazz Babes, Soul Singers, Female Lounge and torch singers and tons of bio info great CD/LP covers and MANY Rapid share downloads.
I might play some of these on my show tomorrow-10 AM on KWVA.

http://shesingsjazzandmore.blogspot.com/
Posted by The Sunday Morning Hangover at 8:35 PM No comments: