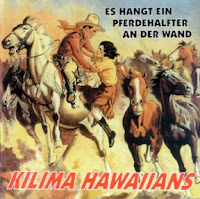 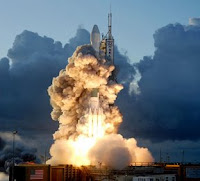 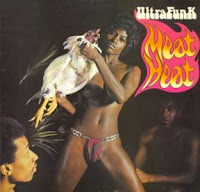 Posted by The Sunday Morning Hangover at 8:53 PM No comments:

Early Notes from the Anti-Lib Tagger

This note was found in the 5Th and Willamette area last summer and closely matches the tone , texture and demeanor of the previous posts(found HERE)
Posted by The Sunday Morning Hangover at 9:14 PM No comments: 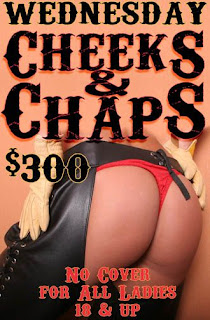 That's what Congress told us yesterday when they gave every American $300 to boost the economy.
It should have been $3000. Now THAT would really do the trick.
Why not? I'm sure we are still spending that much per taxpayer for the war.
Here's a great analysis from a central New Jersey paper:

$300 How much can the minumum tax rebate buy?
Home News Tribune Online 01/25/08
By RICK MALWITZ
STAFF WRITER
rmalwitz@thnt.com
What to do if your tax rebate is only $300?
You cannot afford the $700 face value of a Super Bowl ticket, but at $8.99 a pound, you could purchase 33 pounds of filet mignon for your Super Bowl party.

The going online rate for Super Bowl tickets was in the $6,000 neighborhood yesterday. You only have $300? A signed Eli Manning New York Giants' jersey was selling for $299.

Of course, when the tolls are increased fivefold that would be only 10 trips, though you would have the satisfaction of knowing you're doing your part to cut New Jersey's debt.

According to apartments.com, the least expensive one-bedroom apartment at the new Bristol Station apartments in Carteret is $1,300 a month. Three hundred dollars will not quite cover one week.

Tuition at Middlesex County College is $85.55 per credit. Three hundred dollars will pay for one three-credit course, with $44 to spare for a textbook.

Or, for $299.95 in an online auction yesterday, you could have purchased a 1848 edition of "Dombey & Son," an underrated novel by Charles Dickens.

Sorry, that extra $300 will not cover the cost beyond July.

If you drive 15,000 miles a year and get 20 miles per gallon you will need to purchase 750 gallons of gas. At yesterday's average price of $2.87, according to newjerseygasprices.com, your annual cost for gasoline would be $2,152.50.

One year ago the average price of gasoline was $2.08, which would have put your annual bill at $1,560. Do the math. You're annual bill has spiked to $592.50. When you get that check from the government for $300, you've only covered half the increase.

Have you considered carpooling?

Tom Zuppa Jr. of Edison ran a classified ad in the Home News Tribune Wednesday offering his two-door, five-speed 1983 Toyota Celica for $400, or best offer. The car had 181,000 miles on it and, said Zuppa, "The engine was good."

Wednesday night he accepted an offer of $300.
Posted by The Sunday Morning Hangover at 10:19 AM 1 comment: 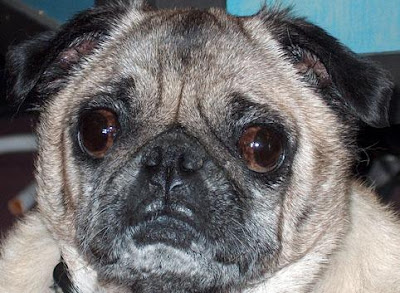 Heck EVERYBODY knew Prudence ,who appeared from behind the counter at the Museum of Unfine Art and barked at you if you tried to leave.
And who could forget the Warhol/Prudence double birthday party and art show with endless depictions of "Campbell's Cream of Prudence" soup.

The following was posted by my good friend Shawn Mediaclast, curator of Eugene's Museum of Unfine Art.

Lots of you knew her and I'm sure would agree that she was one of the sweetest furballs around. She lived a long love, fun, and cookie-filled life. She was 17. I knew I'd be upset when she passed and I wouldn't be the same person I am now if it hadn't been for her. She really was a loyal friend and was really there in tough times. It was really hard to see her go, but thankfully she passed without too much prolonged discomfort...There is a memorial for her at the Museum of Unfine Art.

Prudence will be missed by myself and many others. If I could have I would have thanked her for years of companionship and fun but I'm pretty sure she only understood a dozen or so phrases and words of English, but who knows, maybe she had a greater a sense of syntax than I realized. She was damn smart. And like my mom said, she really seemed to listen with intent to everything that was said.
-Shawn,
Posted by The Sunday Morning Hangover at 10:03 PM No comments: 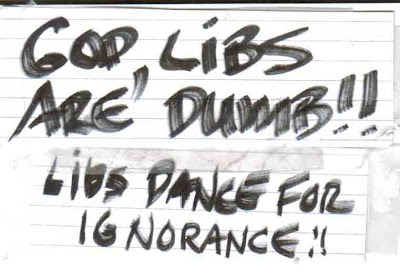 You may recall that in two previous posts( THIS one from October)some wacky right wingnut has been leaving notes on my windshield in the vicinity of 5th and Willamette.
Well, the latestsighting was when Shawn Mediaclast found these 2 notes taped onto the window over his Dance For Impeachment posters last December.
If this coward wants to come forward or if you may know this perpetrator, please contact me.
Posted by The Sunday Morning Hangover at 5:17 PM No comments: 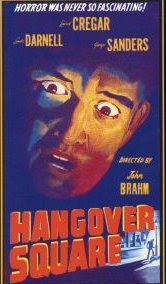 As you know, a lot of my radio programs are available here
Here's the latest:

1/13/08 The I Hate Everything Show
1/06/08 New Year Show -In Part 1, Marc remembers a smattering of the talent that left us in 2007, and reviews some favorite moments. Then in hour #2, The Rev. presents some of his favorite Hangover Moments from the last year.
12/30/07 The End-Of-The-Year Last Show of the Year
Posted by The Sunday Morning Hangover at 7:55 PM No comments: 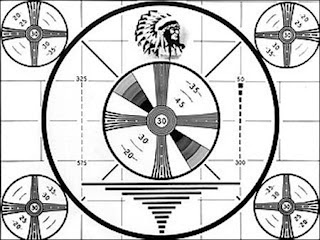 Out of town listeners to my program used to have 3 ways to listen live to my radio show Sundays 10 to noon. Most of the streams are down at the moment-the best way to get my program on the net is to copy this link:
http://streaming.uoregon.edu:8000/kwvahq.mp3
and paste it into your player in your favorites.
Posted by The Sunday Morning Hangover at 8:54 AM No comments: 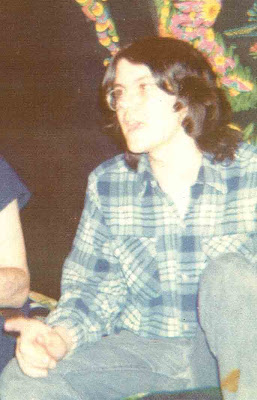 A long time ago, over 30 years ago,I had a radio program on WSHU-FM, a 1000 watt station owned by Sacred Heart University, Fairfield Connecticut.
WSHU's signal covered southwestern Connecticut and parts of New York's Long Island.
Every Thursday night I would take to the air for 4 hours to do my radio program "Syncopated Pandemonium"(from Pink Floyd's Ummagumma),a series of specials on most of the new progressive rock, space rock, and glam rock acts of the early 70's.

"Are you in love with the Bonzo Dog Band..."were the words that caught me, years anon while trawling the megahertz. Caught me and kept me listening to WSHU and Syncopated Pandemonium.
I was a callow teen... called you all the time from across the Sound to request Bonzos, Van Der Graaf, et al. Your on-air efforts were immeasurably influential and it's a delight to discover that you're still at it and still marvelous. You likely don't recall me, but I still use the nickname you bestowed (Sport the Odd Boy, now just plain Sport) back in the long-ago.
Without taking up your time unduly, thanks for many hours of kind telephonic indulgence and mind-opening music at a time when, as a transplanted NYC kid lost in the dire drear of Long Island, I needed both very badly.

You were a friend, and I remain yours. Best to you in the New Year and onward, amigo.

WOW!!! This really makes my day.

If there is anyone else out there that may have heard the Syncopated Pandemonium Radio Program in the 70's please write me at
Rev Marc Time
KWVA Eugene, 88.1 FM
P.O. Box 3157
Eugene, Oregon 97403
Posted by The Sunday Morning Hangover at 7:50 PM No comments: 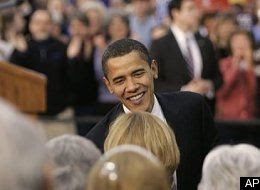 Well,obviously Edwards is NOT ahead, since Obama is killing him in N.H. and he mopped the floor with Edwards and Clinton in Iowa.
But surveys show that Edwards received the best reviews in the last debate-and Obama has yet to explain mistating the facts when it comes to his buddies working as lobbyists for the Medical Industry. Up till now I have not been too happy with his somewhat lukewarm leftism and his remarks about unions. But I am very excited at his victories.
Of course I will support Barack if he is the nominee, I just hope he can weather the shitstorm the Repubs throw at him. Still, Edwards is the one who is moving candidates from both parties to a the left, and even if he is not the next prez he is having a huge impact on Politics in 2008.
May the best man or woman win-I just want to make sure that we don't have a rerun of 2000 or 2004.
Posted by The Sunday Morning Hangover at 3:41 PM No comments: 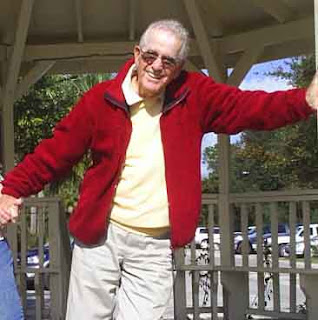 Here is my Dad who just turned 91!
I hope I live as long--
Happy Birthday Dad!!!
Posted by The Sunday Morning Hangover at 10:33 AM No comments: