Posted by The Sunday Morning Hangover at 8:37 AM No comments:

What a great massage!Today on the Hangover I will be playing this song.
Thank You Morgan


Anna Lee, Anna Lee, the healer
Healer with the healing hands
Makes you well as quick as she can
You'd love to see those smiling eyes
Of Anna Lee

Anna Lee, Anna Lee, the healer
She cures people with her hands
I'm just one of her many fans
You'd love to feel those healing hands
Of Anna Lee

where the hell is matt?

14 months in the making, 42 countries, and a cast of thousands.
A clip that melted the heart of curmudgeonlike me.
Posted by The Sunday Morning Hangover at 9:30 PM No comments: 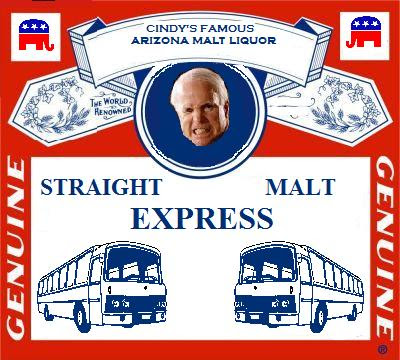 The L.A. Times had a story sunday about McCain's ties to the beer industry:
"Hensley & Co., one of the nation's major beer wholesalers, has brought the family of Cindy McCain wealth, prestige and influence in Phoenix, but it could also create conflicts for her husband, Sen. John McCain, if he is elected president in November.

Hensley, founded by Cindy McCain's late father, holds federal and state licenses to distribute beer and lobbies regulatory agencies on alcohol issues that involve public health and safety.
The company has opposed such groups as Mothers Against Drunk Driving in fighting proposed federal rules requiring alcohol content information on every package of beer, wine and liquor.

Its executives, including John McCain's son Andrew, have written at least 10 letters in recent years to the Treasury Department, have contributed tens of thousands of dollars to a beer industry political action committee, and hold a seat on the board of the politically powerful National Beer Wholesalers Assn.

Hensley has run afoul of health advocacy groups that have tried to rein in appeals to young drinkers. For example, the company distributes caffeinated alcoholic drinks that public health groups say put young and underage consumers at risk by disguising the effects of intoxication.

The involvement of McCain's family in federal regulatory issues could create a conflict of interest for a future McCain administration, according to advocacy groups and political analysts. McCain has recused himself for many years on alcohol issues in the Senate. As president, however, McCain would face far more difficulty distancing himself from an issue with such broad scope.

Cindy McCain holds the title of company chairwoman and controls about 68% of the privately held company stock with her children and the senator's son, according to records at the Arizona Department of Liquor License and Control. Cindy and John McCain keep their finances separate, and he has no stake or role in Hensley.

In an interview in May, she said she knew "everything that is going on" and communicated with her executive team every day. She added that she did not need to be at headquarters to be in charge. So far, she has given no hint of what changes, if any, she envisions. "That's very premature," she said.

If her husband is elected president and she retains her role at Hensley, she will set a precedent for outside corporate activity by a first lady.

The McCain campaign issued a statement Friday about the issue, saying that "any decisions going forward will be made when John McCain wins the election and takes office, and not before." Hensley executives declined to comment.

Political analysts said they were astounded that the presumptive Republican nominee had not already addressed the issue.

I will be interviewing Margo Guryan on Tomorrow's program.From Wikipedia:

Margo Guryan (born in Far Rockaway, New York City) is a singer/songwriter who blends elements of pop, folk, and jazz. She is best known for her 1968 album Take A Picture. Her songs have been recorded by Mama Cass, Glen Campbell, and Astrud Gilberto, among others.
Margo Guryan grew up in the suburbs of New York, and took an interest in music from an early age. At Boston University, she studied classical and jazz piano, idolizing musicians such as Max Roach and Bill Evans. She was primarily a jazz musician until a friend made her listen to the song God Only Knows from the album Pet Sounds by The Beach Boys. According to Guryan,
"I thought it was just gorgeous. I bought the record and played it a million times, then sat down and wrote 'Think of Rain.' That's really how I started writing that way. I just decided it was better than what was happening in jazz."
In 1968, she released the album Take A Picture. Take A Picture was a breezy album full of light, jazz-tinged pop melodies. However, due to Guryan's refusal to tour, the album was underpromoted and failed to make an impact. Resigned with this, Guryan withdrew from the professional scene and became a music teacher.
Recent years, however, have seen a remarkable resurgence of interest in her '60s work - enough so that Take A Picture was reissued in 2000 by Franklin Castle Records. Additionally, a demos collection entitled 25 Demos has been made available. In 2006, the song "Take A Picture" was used in a TV advert for mobile camera phones.

Posted by The Sunday Morning Hangover at 8:44 AM No comments:

Technologically unsavvy Republican presidential candidate John McCain may be regretting his choice of a green background in a nationally televised speech earlier this month.

Posted by The Sunday Morning Hangover at 9:38 PM No comments:

Why McCain Has Beer On the Brain

Cindy McCain, who has assets of at least $8.5 million, owned more than $1 million of Anheuser-Busch shares at the end of last year, according to a Senate disclosure form filed by her husband and released today. News of the $46.3 billion unsolicited bid from InBev NV has sent the company's shares soaring, up about 17 percent from Dec. 31.

The exact size of the potential windfall is unknown because the financial forms require lawmakers and their spouses to list only ranges for the values of their assets, and one option is to simply say ``over $1 million.'' Messages left with McCain's Senate office and campaign weren't returned.

InBev made the $65-per-share offer for the maker of Budweiser beer on June 11, and Anheuser-Busch said it would consider the bid. A transaction would unite Budweiser, the lager first brewed 132 years ago in St. Louis, with InBev's Stella Artois, Bass and more than 200 other brands.

Cindy McCain also owns a beer distributorship, Hensley & Co., worth more than $1 million. She reported liabilities of between $2.8 million and $5.5 million, owing money on King Aviation, the private jet company whose planes were used by her husband during the campaign, as well as construction, credit and promissory notes.
http://www.bloomberg.com/apps/news?pid=20601103&sid=aJik4WI9a0M8&refer=us
Posted by The Sunday Morning Hangover at 12:13 PM No comments:

Burning Airlines Give You So Much More

Watch 1.4 Billion (that's with a B)of YOUR tax dollars go up in smoke . You break it, you buy it -so enjoy:

Posted by The Sunday Morning Hangover at 7:48 AM No comments: 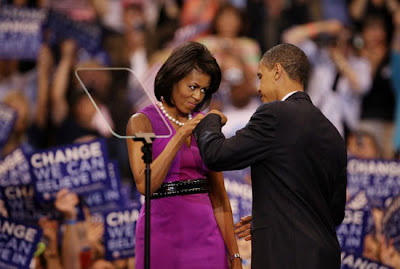 Posted by The Sunday Morning Hangover at 8:02 AM No comments: 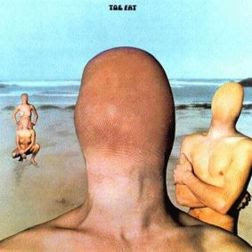 The God figure in that Chick publication I rant about below looks like the cover of the first Toe Fat LP.
Posted by The Sunday Morning Hangover at 7:17 AM No comments: