Posted by The Sunday Morning Hangover at 2:06 PM No comments:

I love this 1945 Warner Bros cartoon-especially at about the 4 minute mark when the "hero" has a dream about "The Number One Dog".

Fresh Airedale
Uploaded by dandu386
Posted by The Sunday Morning Hangover at 3:24 PM No comments: 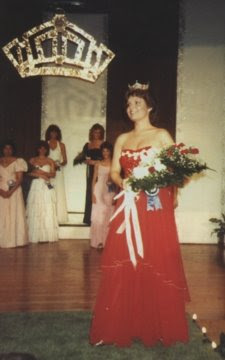 She may be a beauty queen, but she is another corrupt republican.Check out these excerpts from Alaskan blog Mudflats:
"Palin is currently in the middle of a controversial gas pipeline project in Alaska. She’s favored the ‘Trans Canada’ proposal that will run the pipeline through Canada, in effect shipping US jobs over the border. Many Alaskans, including former governors, have favored the “All Alaska Route”.
She is also sueing the federal government over listing the polar bears as a threatened species. The science was even compelling enough to convince the Secretery of the Interior that the bears needed to be listed. But acknowlegement of this issue, and the potential disruption to development on Alaska’s oil-rich north slope spurred Palin to attempt to stop the listing.
Does she want to open ANWR? Yes. Every politician in Alaska wants to open ANWR. It’s basically a requirement if you ever hope to get elected for anything. Even Mark Begich, the progressive Democrat running against the indicted Senator and Alaskan institution Ted Stevens, is pro-drilling. That’s the sea we swim in up here. There are a few anti-drilling folks, but you have to look hard to find them, and work hard to have them admit it.
Alaskans really want to like Sarah Palin. In a state where corruption is the rule, and the same faces keep recycling over and over and over again like a bad dream, a new face, with a promise of reform seemed like a breath of fresh air. Palin defeated incumbent governor Frank Murkowski (father of Alaska Senator Lisa Murkowski who he appointed to his own Senate seat when he was elected governor) because he was such an obnoxious, bloviating, downright BAD politician. This staunchly republican state voted with relief, not having to cross over and vote Democratic, but still able to get Murkowski the hell out of office. In the general election Palin swept into office running against a former Democratic governor, Tony Knowles, who was capable but came with baggage. And he represented to Alaskans more of the same, tired old-style politics, and special interests that we have come to loathe.
So, if McCain had made his selection six months ago, the squeaky-clean governor meme would have made a little more sense. But, Sarah Palin is currently under an ethics investigation by the Alaska state legislature..... "
Posted by The Sunday Morning Hangover at 8:31 PM 10 comments:

Posted by The Sunday Morning Hangover at 7:25 PM No comments: 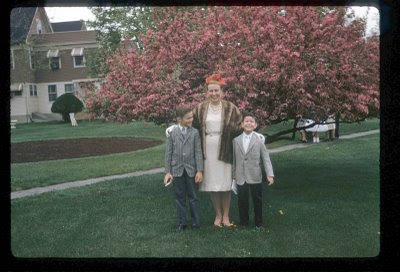 It was 25 years ago today that my mom died. It was a miserable summer, started by the news of my mom's massive headaches,marked by many visits to the hospital,conferences with doctors.She had an inoperable brain tumor. Much stress watching my Dad helplessly seeing her endure operations,treatments,and then lapsing into a coma.
By the time I had permanently moved to Connecticut to be with the family, my Mom was in the deepest sleep.No one knew what to do.
The Police song "Every Breath You Take" was played constantly on the radio and MTV. To this day I can't hear it without thinking about her. Just when we made the decision to move her to Hospice,she died overnight.I remember my Dad waking me at 5 AM with,"Marc wake up, your Mom is gone."
The funeral and wake were a blur-I cried while my brothers held back their tears.There was a procession to the cemetery of about 75 cars,she was well known in West Haven.
Afterwards we all just drank. My birthday came and went with little celebration.
Of course the grief has slowly subsided but there is never a day that I don't think about her. She was only 57, and her passing created a hole in our family that we never recovered from.
She always said that she was going to hell on a hot rail. I hope she ended up in a better place.
I still miss you Mom.
Posted by The Sunday Morning Hangover at 7:43 PM 2 comments:

Anthrax Attacks Pushed US to go to War Have you read about the so called 'Anthrax Suspect' who committed suicide this week?
It looks to me that in reality someone in the Bush administration used anthrax to threaten the public in 2001 to scare us into war with Iraq. Not only did CBS, Dick Cheney, members of Congress and even John McCain advance this theory of a Saddam led anthrax attack, but to this day the major media outlets are declaring the case all wrapped up with the suicide of suspect #2 this week.
The anthrax attacks that had us afraid to open our mail in 2001 were NOT from Iraq, but from within the U.S government labs. Glen Greenwald in Salon has an excellent article HERE about it.
There should be an investigation-this was one of the main reasons we were fooled in 2001 about Iraq.
http://www.salon.com/opinion/greenwald/2008/08/01/anthrax/
Posted by The Sunday Morning Hangover at 7:06 AM No comments: