Blogging is a Disease

Thanks to PCL Linkdump
Posted by The Sunday Morning Hangover at 7:23 AM No comments:

Cheney May Be Called as Witness 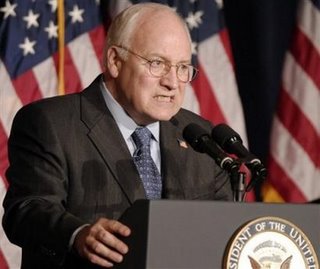 Vice President Cheney was personally angered by a former U.S. ambassador's newspaper column attacking a key rationale for the war in Iraq and repeatedly directed I. Lewis "Scooter" Libby, then his chief of staff, to "get all the facts out" related to the critique, according to excerpts from Libby's 2004 grand jury testimony released late yesterday by Special Counsel Patrick J. Fitzgerald.
Libby also told the grand jury that Cheney raised as an issue that the former ambassador's wife worked at the CIA and that she allegedly played a role in sending him to investigate the Iraqi government's interest in acquiring nuclear weapons materials. That issue formed the basis of former ambassador Joseph C. Wilson IV's published critique.
In the court filing that included the formerly secret testimony, Fitzgerald did not assert that Cheney instructed Libby to tell reporters the name and role of Valerie Plame, Wilson's wife. But he said Cheney's interactions with Libby on that topic were a key part of the reason Libby allegedly made false statements to the FBI about his conversations with reporters around the time her name was disclosed in news accounts.
"The state of mind of the Vice President as communicated to defendant is directly relevant to the issue of whether defendant knowingly made false statements to federal agents and the grand jury regarding when and how he learned about Ms. Wilson's employment and what he said to reporters regarding this issue," he said.
The prosecutor also left open the possibility that Cheney will be called as a witness at Libby's trial, scheduled to begin next year...........
Posted by The Sunday Morning Hangover at 9:25 AM No comments:

Three Bored Chicks Groovin to the Beach Boys' "Wouldn't It Be Nice"
Don't Forget-Pet Sounds on this sunday's Hangover.

Posted by The Sunday Morning Hangover at 9:30 AM 1 comment: 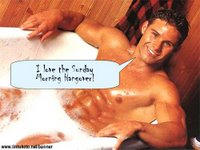 Thanks for posting archives of my show at http://www.ahammer.com/marctime/
Fans and friends will be able to hear more recent shows soon when Armin gets back from his tour with pop combo True Margrit
Until then I have to send Cds of the show off so that he can post em, hence the delay.
Got the stats from my friend Shawn at Entroporium and they show that many more of you are podcasting the show.
Thanks for listening!
Posted by The Sunday Morning Hangover at 7:55 AM No comments: 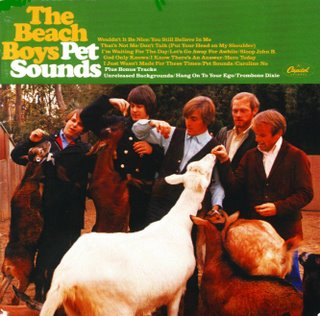 It was 40 years ago today that Brian Wilson taught the Beatles how to play.The Beach Boys' Pet Sounds album originally was released on May 16, 1966, as Capitol album T 2458. It entered the Billboard "Top LPs" chart on May 28, 1966, was on the chart for 39 weeks, and peaked at #10 on July 2, 1966.
Often regarded as the masterpiece of composer-producer Brian Wilson, it has been hailed as one of the best and most influential albums in popular music. In 1995, nearly thirty years after its release, a panel of top musicians, songwriters and producers assembled by MOJO magazine voted it "The Greatest Album Ever Made." Pet Sounds influenced the Beatles to create the Sargeant Peppers Lonely Hearts Club Band album.
In many ways more of a Brian Wilson solo project, Pet Sounds was created after Wilson had stopped touring with the band, focusing his attention on writing and recording. Wilson created elaborate layers of beautiful harmonies by The Beach Boys, sound effects and unusual instruments like bicycle bells, buzzing organs, harpsichords, flutes, the theremin, and even dog whistles, on top of conventional keyboards and guitars. 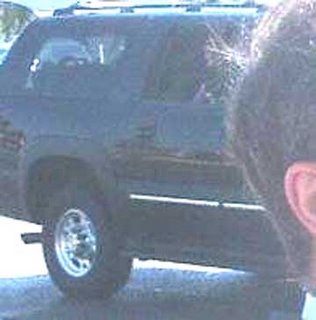 Last Tuesday myself together with about 100 other patriotic Americans
got together outside Sun City Center near Tampa, Florida to express
our sentiments to a president not known for listening.…….
So addressing the president on the subject of Medicare part D prior to
Bush giving his speech to retirees in Sun City Center this past
Tuesday to encourage their participation in the program seemed
entirely appropriate. As you can see, if you look closely at the
picture provided, a hand holding the stock of an assault rifle can
just barely be made out behind the back of my head.... This black
SUV directly behind me is the vehicle identified as having a swat
attired individual brandish an assault rifle out the window at myself
and fellow first amendment advocates. I did not personally see the
gun as I had my back to the SUV as this picture clearly shows. My
intern (Nic Zateslo) took this picture. In this sequence, I heard
Nic, along with other protesters nearby exclaim excitedly about this
clear cut intimidation tactic.
As I stated earlier, I have led and participated in many such events,
(Ashcroft, Jeb, GW) and while fully aware that Secret Service and
other law enforcement are armed, I have never seen brandished as was
the case last Tuesday a firearm of any kind. In fact my experience
with Secret service personnel has been entirely one of mutual
cooperation... and of course just because they are employed by the
worst president in history, there is no requirement that they be
republican as a condition for employment. On Tuesday, approximately
10 or more people actually saw the weapon which was noted to be
sticking out the window with the individuals finger... on the trigger.
Ms. Geraci, another witness to the incident, who clearly saw the
"act" was there to protest Mr. Bush's budget cuts to Alzheimers
research totaling more than 20 million dollars which affects people
like her father and my mother who is likewise affected by the disease.
……
It is hard to see, but right behind John's head is the man holding the gun with the window open in the SUV. This SUV has been identified by all the people who we have talked to who saw the gun as the SUV they saw.

http://www.dailykos.com/storyonly/2006/5/13/163143/295
(I have photoshopped the image for brightness and size)
I am not offended that the Secret Service carries rifles to protect the president, but dozens of protestors witnessed the assault rifle being pointed right at them.
Is this a new tactic to intimidate and scare away citizens from their right to assembly?
Posted by The Sunday Morning Hangover at 2:53 PM No comments:

From this week's Eugene Weekly:Kitty Killers 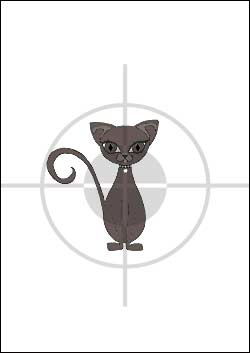 "Swanson's employees shot and killed eight cats"
http://www.eugeneweekly.com/2006/05/11/news1.html
Posted by The Sunday Morning Hangover at 8:46 AM No comments: 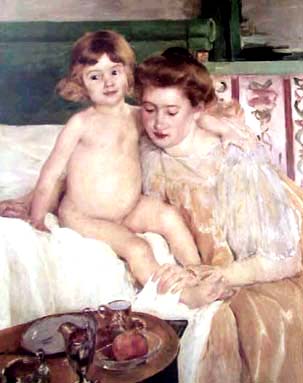 Origin of Mother's Day goes back to the era of ancient Greek and Romans. Mother's Day HistoryBut the roots of Mother's Day history can also be traced in UK where a Mothering Sunday was celebrated much before the festival saw the light of the day in US. However, the celebration of the festival as it is seen today is a recent phenomenon and not even a hundred years old. Thanks to the hard work of the pioneering women of their times, Julia Ward Howe and Anna Jarvis that the day came into existence. Today the festival of Mothers day is celebrated across 46 countries (though on different dates) and is a hugely popular affair. Millions of people across the globe take the day as an opportunity to honor their mothers, thank them for their efforts in giving them life, raising them and being their constant support and well wisher.
You'll laugh, you'll cry, you'll think about Mom.
This Sunday Morning on the Hangover 8-10 AM the origin of Mother's Day, stories about my mom, and lots of songs about Mother, Ma,and Mommy.I am such a Momma's boy.
KWVA-FM 88.1 Eugene- www.kwvaradio.org
Call in at 541-346-0645 and give me your Mom's name and I will dedicate a song to her.
Posted by The Sunday Morning Hangover at 10:32 PM No comments:

Say Thanks to Qwest! 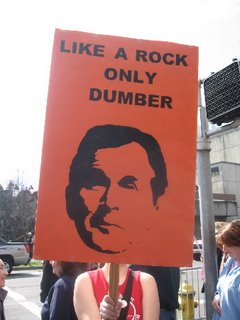 (photo by Amelia)
I am NOT a big fan of Qwest-but they went up 10 points in my book today:

Say thanks by posting a comment below (you don’t need to join, leave email or website to post). And pass this man an email.
Chief Ethics and Compliance Officer David J. Heller- email: Corporate.Compliance@qwest.com
When the NSA asked all the telcos to participate in its apparently illegal campaign to create a database of every call ever made in the U.S., only one stood up to the federal snoopers - Qwest. The company refused to turn over customer information unless it first received a warrant. Qwest customers are safe, because no warrant was ever produced.
…Trying to put pressure on Qwest, NSA representatives pointedly told Qwest that it was the lone holdout among the big telecommunications companies.
It also tried appealing to Qwest’s patriotic side: In one meeting, an NSA representative suggested that Qwest’s refusal to contribute to the database could compromise national security, one person recalled.
In addition, the agency suggested that Qwest’s foot-dragging might affect its ability toget future classified work with the government.
Posted by The Sunday Morning Hangover at 7:42 PM No comments: 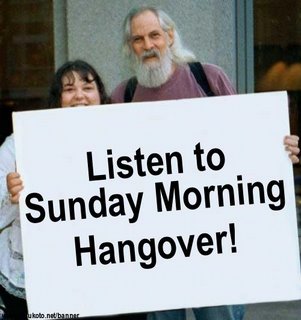 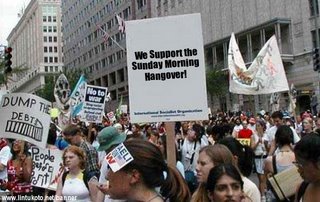 Check out today's Sonar Map radio show where me,Rev. Marc Time will be guest host for DJ Beef. Since he's out of town I may break format, but since I had little notice it will be a freeform freewheelin show, much like my regular show of late.
KWVA-FM 88.1 Eugene www.kwvaradio.org Saturday morning 11-1PM.
Posted by The Sunday Morning Hangover at 7:11 AM No comments: 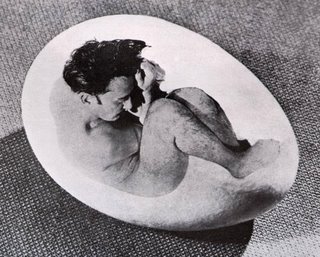 Miss Amelia and Dawn Baby, Debbie Davenport (Thee Mother of KWVA) and Jen Drake-original art and photography at my friend Shawn’s Feinstein's Museum of Unfine Art, 537 Willamette, now through Mother's Day! 10:37am-7:06pm M-F; 1:13pm-7:01pm Sat.Come to the party here next SUNDAYYYYYYY May 14 mothers day. I'll be there to sign autographs.(ha ha)
Posted by The Sunday Morning Hangover at 8:25 PM 2 comments:

This video from 1993 always killed me, and it takes a while to figure out that it is about abuse and what we do to our children.


Posted by The Sunday Morning Hangover at 7:51 AM 1 comment: