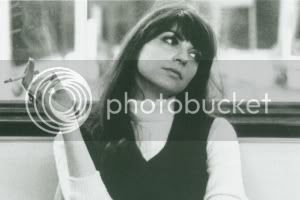 I will be interviewing Margo Guryan on Tomorrow's program.From Wikipedia:

Margo Guryan (born in Far Rockaway, New York City) is a singer/songwriter who blends elements of pop, folk, and jazz. She is best known for her 1968 album Take A Picture. Her songs have been recorded by Mama Cass, Glen Campbell, and Astrud Gilberto, among others.
Margo Guryan grew up in the suburbs of New York, and took an interest in music from an early age. At Boston University, she studied classical and jazz piano, idolizing musicians such as Max Roach and Bill Evans. She was primarily a jazz musician until a friend made her listen to the song God Only Knows from the album Pet Sounds by The Beach Boys. According to Guryan,
"I thought it was just gorgeous. I bought the record and played it a million times, then sat down and wrote 'Think of Rain.' That's really how I started writing that way. I just decided it was better than what was happening in jazz."
In 1968, she released the album Take A Picture. Take A Picture was a breezy album full of light, jazz-tinged pop melodies. However, due to Guryan's refusal to tour, the album was underpromoted and failed to make an impact. Resigned with this, Guryan withdrew from the professional scene and became a music teacher.
Recent years, however, have seen a remarkable resurgence of interest in her '60s work - enough so that Take A Picture was reissued in 2000 by Franklin Castle Records. Additionally, a demos collection entitled 25 Demos has been made available. In 2006, the song "Take A Picture" was used in a TV advert for mobile camera phones.

Posted by The Sunday Morning Hangover at 8:44 AM